What is Streaming? Definition and How it Works

Do you need a design & development team for your next project?

A guide to streaming — how it works, benefits & platforms.

Ten years ago, the thought of streaming anything online sent shivers down the spine. From low-quality media feeds to agonizingly slow bandwidths and eye-watering data bills, streaming has come a long way since its humble beginnings. From Netflix to YouTube, Twitch to Prime, streaming today has reached an even footing with television and continues to grow. Since the scientist-only band Severe Tire Damage performed on the first live video and audio internet stream in 1993, streaming’s popularity has exploded.

But what is streaming? How does streaming work? What is a data stream? And how much data does streaming use? The answers to these questions are useful in informing us just how valuable streaming is and what the future holds for this online technology, slated to top nearly a trillion dollars in value by 2028.

We take a look at the world of streaming and explore the ins and outs of this digital content supercarrier.

Streaming is a method of continuously transmitting digital media files – generally audio and video – from one point to another. In contrast to downloading, when streaming, data flows continually over a wired or wireless internet connection to a personal computer, mobile device, or a smart TV while we’re watching the media.

Media can be transmitted or ‘streamed’ live, or the data can be pre-recorded and played back via streaming services. Streaming content comes in many different forms, including movies, TV shows, podcasts, webcasts, and music videos.

This means that the end-user does not need to download something to consume it – everything happens in real-time, at the user’s request, so long as they have an active internet connection.

How does streaming work?

So, how does streaming work exactly? When streaming, the digital media playing on the user’s device is stored remotely on content providers’ servers or cloud platforms. The stored data travels from these servers or the cloud, in segments called “packets” instead of all at once.

This buffer represents how much data you haven’t watched yet has arrived, allowing you to continue streaming while the next portion of the file downloads in the background. Sometimes, slower internet connections mean that your real-time consumption outpaces the buffer, and you’ll have to wait for more to arrive before continuing.

Is streaming the same as downloading?

Basically, no. While both methods involve a file traveling from a server to a device, the primary difference relates to how the content behaves once it arrives on your device. A streaming file can be played as soon as the parts of the file you want to view become available, while a download is stored onto memory before it can be played in full.

So now that you know the key differences between these two methods of getting a file to your device, it’s clear to see that streaming is more efficient, flexible, and lets you receive your media on the fly. But how much data does streaming use, and does one streaming source consume more data than the other? Let’s take a look.

How much data does streaming use?

Depending on stream quality, bandwidth availability, and even the device you’re using, the amount of data consumed by a stream can vary greatly. A 2.5-hour full-HD movie, for example, is going to eat up much more data than streaming Jay-Z’s latest track.

We will now explore how the data consumption differs between two popular streaming brands – video-based Netflix and audio-based Spotify.

The video streaming giant offers four data usage options. Expect to use around 1GB of data for every hour of streaming time in standard definition and as much as 3GB of data per hour when streaming your video in HD. While the “auto” setting streams at the highest available internet speed, you use as little as 300MB per hour on a low-quality stream and as much as 7GB per hour for an ultra-HD stream.

Without the need for data-hungry video, streaming audio-only is much more efficient and budget-friendly. Audio files like music or podcasts need only a fraction of the data that complex videos use, so you’re able to stream far more audio before hitting your data cap.

So you’re looking at spending 40MB an hour streaming music or podcasts on Spotify. 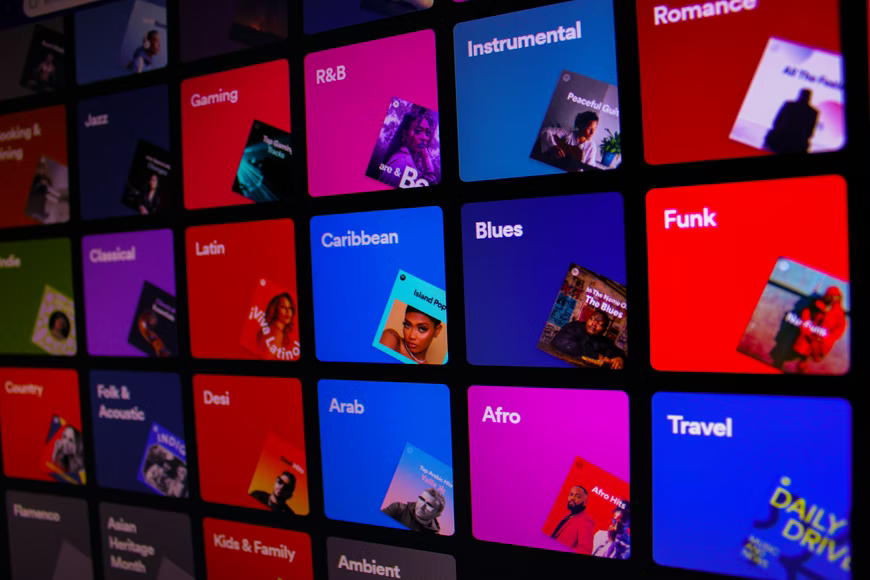 What can slow down data streams?

From lousy internet connections to app downtime and glitchy Wi-Fi, sluggish data streams can certainly be a source of frustration. But they can pop up as a result of any number of reasons. We look at a couple of the most common ones.

On the Network side:

The internet operates as a complex organism, and a technical issue on the other side of the planet can cause you to lose bandwidth or even your entire connection. Network latency or congestion are the main culprits when struggling to access data streams.

On the User Side

If the problem isn’t in the network, it’s probably on the receiver’s end. Check if your Wi-Fi is operating correctly and if your device can support the data stream speeds needed to stream at a decent quality. As a rule of thumb, the standard stream needs around 4Mbps of bandwidth, while hi-def video will likely need more.

On the App Provider Side

If you’ve checked the network and your device can support your stream, another possibility is that the streaming provider, website, or app is experiencing problems. They may be facing downtime related to maintenance, a security breach, or a technical glitch. To know for sure if this is the problem, check other streaming services to see if they’re working.

The main benefits of streaming

Video/audio is the 'go-to' medium online

The boom in streaming coincided with the rise of video as the digital medium of choice online. Online wizards like Neil Patel spotted this early on, investing heavily in streaming resources. As people shift more towards images, video, and audio and away from text-based resources, streaming is becoming the perfect delivery system. Just ask Netflix, TikTok, Spotify, Instagram – the list goes on.

Live streaming is massive. Twitch plays host to over 15 million daily users, while live commerce trends have taken markets like China by storm. Streaming has unlocked an entirely new revenue channel for creators and the eCommerce generation alike.

Allowing visitors to download comes with illegally sharing and copyright infringements. While streaming can’t put a stop to piracy, it certainly makes your content a little safer.

No need for storage space

Streaming means that you don’t need to save all those files to your hard drive or SSD, and you won’t need to pay for cloud space to keep your files online. The fact that you only have temporary access to streamed content means that someone else is storing it for you.

A few examples of streaming services

Ever since Netflix burst onto the scene, several different streaming services have staked their claim on the streaming platform battlefield. Let’s check out a few of them.

YouTube’s alternative filled the gaps that the video titan simply couldn’t. Offering a free-to-use and paid plan option, Vimeo is popular among users looking for both play-on-demand and live video streams. The platform has attracted streamers from an eclectic range of industries and allows you to stream across other platforms too.

Twitch offers something that no other service has come close to matching – yet. Evolving from a primarily gaming-streaming platform, Twitch’s popularity and approachable branding make it an attractive streaming option for many.

When it comes to paid streaming channels, HBO Max delivers. As one of the world’s top services, HBO Max has succeeded as a stand-alone streaming platform that offers the very best of HBO’s TV classics, movies, and exclusive Max Original shows catering for a varied demographic. HBO Max has managed to set the bar in digital transformation, bringing a slick brand concept and offering next-gen UX and UI design.

Streaming has and still is, changing how we consume content, and has become the mainstay of online media.

As downloading takes a back seat and providers find new, innovative ways to get high-quality content through networks and onto screens more efficiently, the benefits of streaming make it the preferred choice for many. Whether combating piracy issues, eliminating the need for storage, or opening up new revenue channels, every day, people are realizing the untapped potential of this breakthrough tech.

So, the next time you’re enjoying your favorite Spotify podcast, or a weekend binge streaming session on HBO Max, take a moment to think about the impressive innovation and infrastructure that makes it all possible.