What Are the Different Types of Streaming Services?

Do you need a product team for your next project?

Streaming revolutionized and transformed the media market. Dive in to see different types of streaming services, from gaming, through music, up to Video on Demand (VOD).

Listening to music while on the subway, working out alongside a trainer through your screen, and making holiday shopping decisions through a live virtual demonstration. These are all rich experiences that have been brought about and powered by the emergence of streaming platforms.

As the economy expands and continues to be influenced by global trends and changes, streaming platforms have become a centralized hub to meet consumer needs across a wide range of niches.

Depending on the niche, you will find that certain companies dominate in a particular streaming space. For example, Netflix is widely known to be a top movie streaming platform, whereas Spotify is many peoples’ go-to for music.

Below, we’ll cover the different types of streaming services and how they can be incorporated into a business strategy.

Whether you’re commuting to work, pushing through an intense gym session, or taking a meditative afternoon stroll, you most likely have a favorite music or podcast streaming platform to power you through your daily activities.

Spotify, Apple Music, and YouTube are amongst the most universally recognizable music & podcast streaming platforms. Their main goal is to allow users to listen to their favorite artists and speakers both on-the-go and at home.

Why are music and streaming platforms so popular? Well, with modern-day lifestyles, needs have drastically changed. In the United States and Great Britain alone, there has been a rise in active listening (music streaming and podcasting) and a decline in passive listening (AM/FM and satellite radio). This change in listening styles can be attributed to people spending less time in their cars, and instead more time at home.

A quick look at popular global music streaming platforms reveals that YouTube takes the lead in the space, even though YouTube is commonly referred to as a video streaming platform. By taking a look at the US to gauge streaming services popularity, YouTube comes in first place, with two in five (44%) Americans saying they use YouTube to stream music, followed by Spotify (27%), Pandora (25%), and Amazon Prime (24%) all nearing a tie.

To accommodate rapidly shifting consumer preferences, many music services have expanded their product range and now offer spoken word content, namely podcasts and audiobooks on their platforms. Some music services such as Spotify have taken a strategic approach to distinguish themselves from rising competition. A common strategy is to sign exclusive licensing deals with popular podcasts. 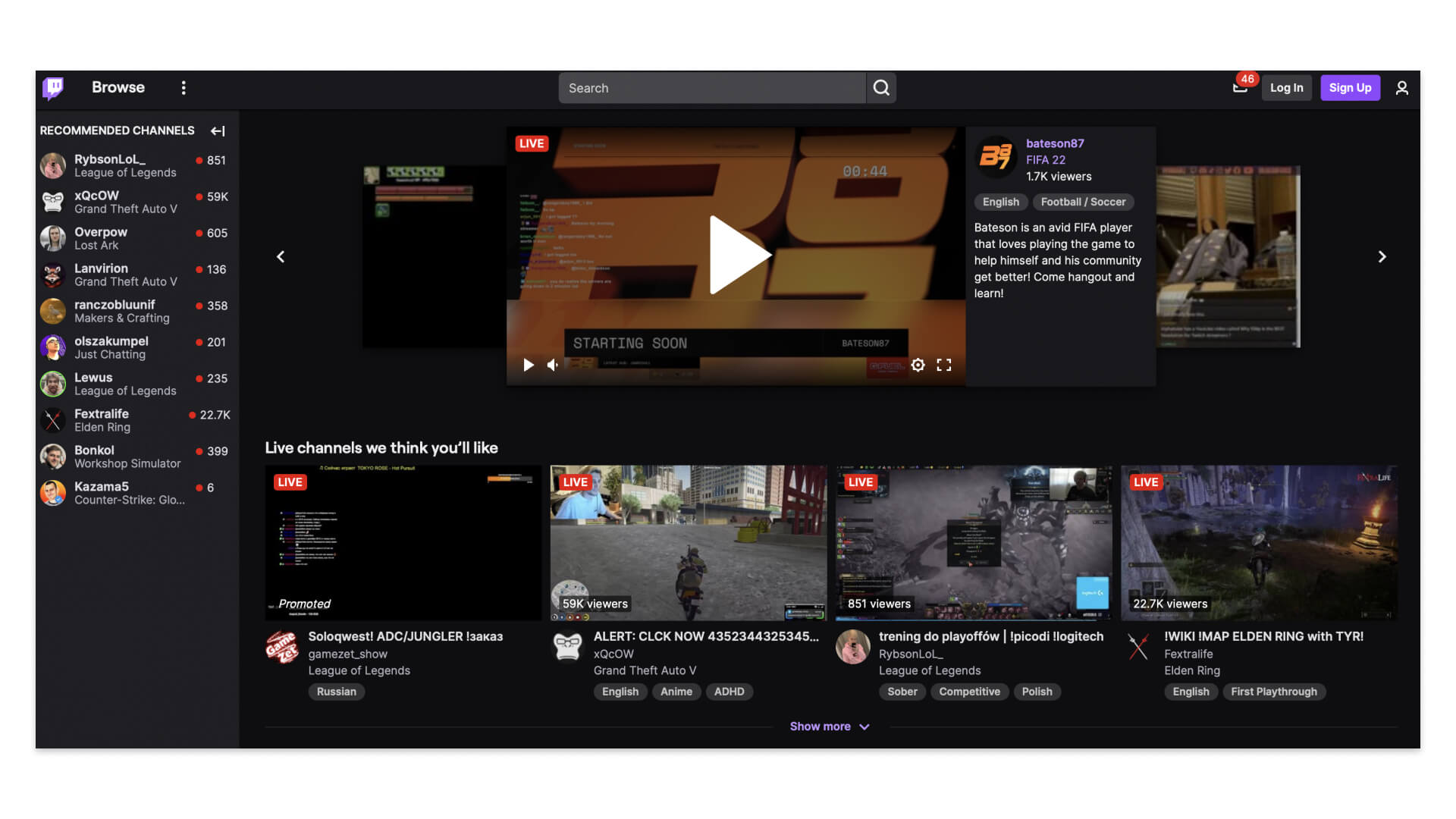 Professional streamers can generate revenues in various ways, the most popular methods being:

Although video game live streaming platforms can appear as solely a source of entertainment, it’s a huge market with lots of opportunities. In August of 2020, a China-based video-sharing website and live streaming services called Bilibili generated $113 million by signing exclusive rights to broadcast a handful of games. This exclusivity deal caused China’s video game live streaming market to be larger than Twitch, YouTube Gaming, and Facebook Gaming all combined.

Similar to gaming, fitness streaming is often done live and can then be later replayed on demand. The aim is to emulate a real-life fitness class, and to do this there is an optional commentary section that is switched on to accommodate for ongoing questions from participants. 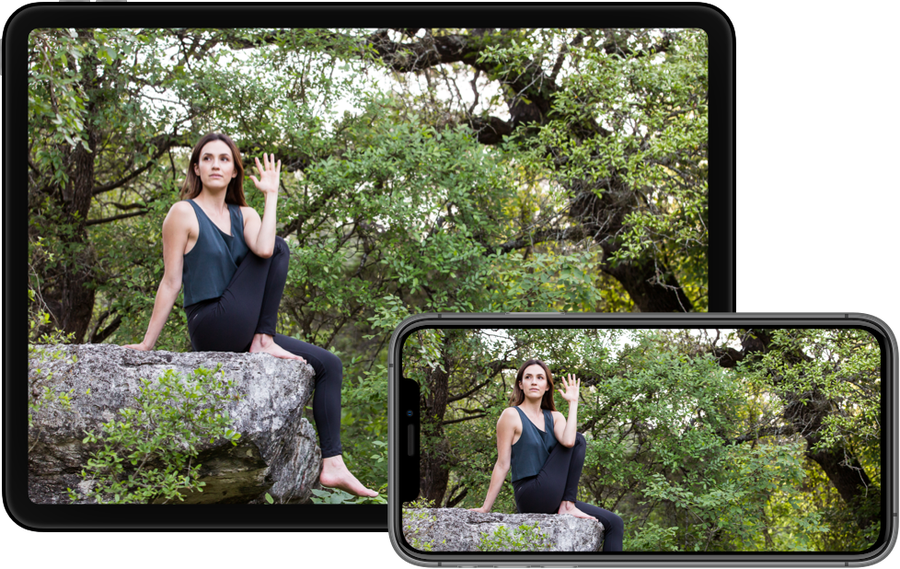 A successful business that leverages streaming services as part of its business strategies is FWFG (Find What Feels Good). The founder, Adriene Mischler, offers free live sessions, streams shorter sessions on social media, and offers a premium vod streaming service on her website. This is a strategic marketing funnel that takes serious users from free streaming services to paid plans.

Innovations in streaming technology have allowed for the rise of independent radio stations, which no longer need a standard radio receive license to operate. These radio stations operate entirely online, providing stations with the ability to reach a global audience and consequently creating opportunities for profitability.

In a report by MusicWatch that looks closely at music listening (excluding time spent on news/talk radio, podcasts, and other non-music fares), it was found that streaming led all sectors in the fourth quarter of 2020 with a 33.2% share, whereas traditional radio ranked second with a 15.9% share. The MusicWatch market research evidences the visible trend of streaming outperforming radio in the past five years.

Unlike other traditional media formats such as newspapers, radio has adapted to the significant changes that came out with the proliferation of mobile internet. While radio is in a state of relative decline, there are still sentiments of appreciation towards it by many Americans. Now, new, internet-based, or online radio platforms account for over 500 million dollars worth of streaming music revenue, and this number is only growing year to year.

The growth of online radio platforms in many ways offsets the decline of traditional radio stations. For example, in the advertising industry, over-the-air advertising revenues have declined by nearly four billion dollars since 2020, and online advertising revenue has simultaneously grown by a similar amount.

Tune.fm is a platform that brings together thousands of radio stations worldwide, by leveraging an algorithm that connects listeners with the right channel. They claim to pay creators over ten times as much from streaming, as compared to Spotify and other competitors.

Movie streaming services, often referred to as vod streaming, are arguably the most competitive niche within the streaming space. Huge players like Netflix, HBO, Max, Apple TV, Disney +, Hulu, and Amazon Prime Video are constantly fighting for global viewers’ attention and must constantly differentiate themselves to maintain market share. These services are all subscription-based, although there are platforms that offer free plans, with the trade-off of interruption marketing. South Park Studios was one of the first major creators to offer free series with short ad intermissions. Back in the late 2000s/early 2010s, this vod streaming service was a novelty, and become extremely successful prior to the popularization of subscription-based services. 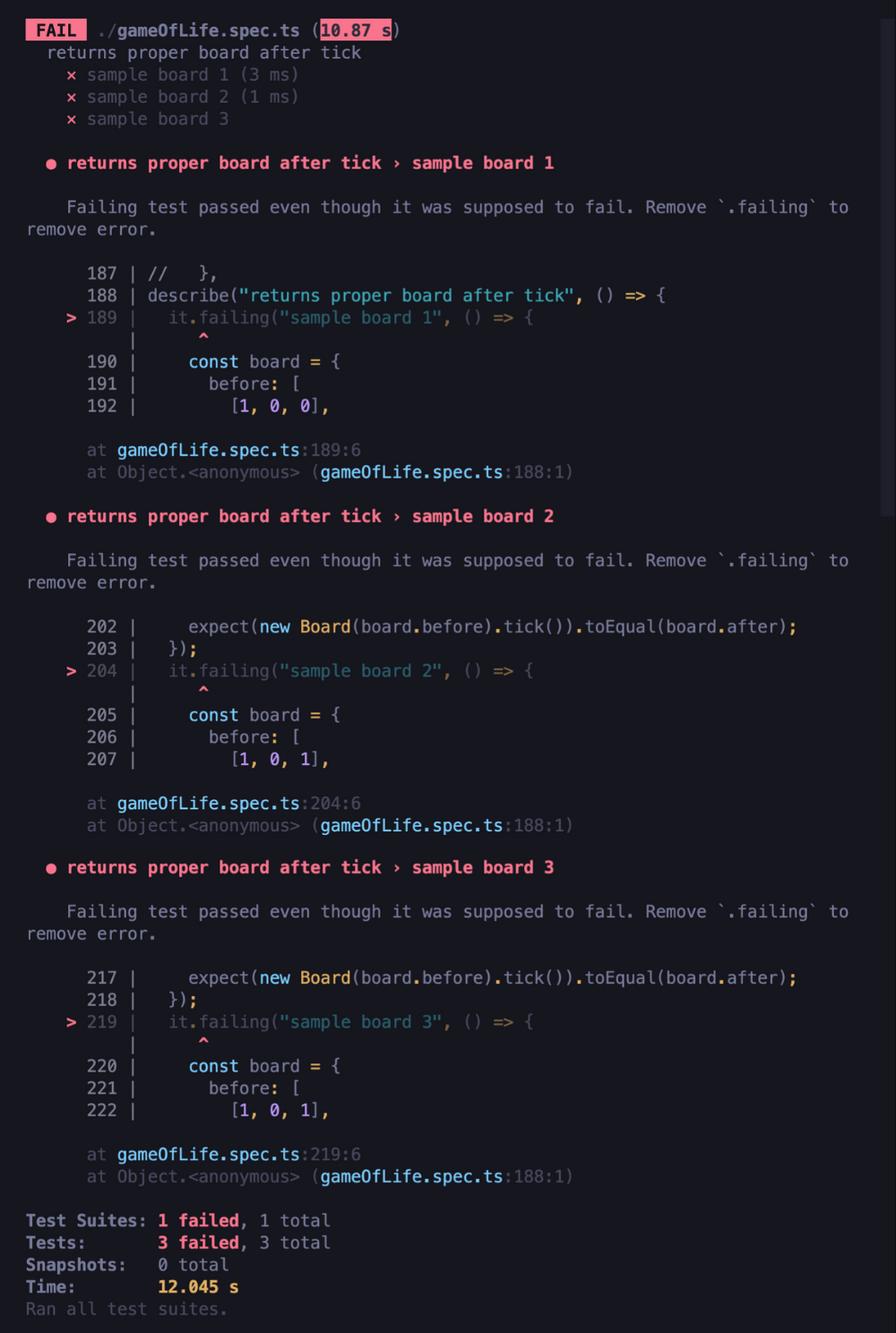 Live shopping streams are usually hosted on social media channels such as Instagram, where brands and influencers have an established audience to whom they can showcase offerings. Live shopping is very popular on the Chinese market, where items from frying pans to cars can be promoted on these streams.

Amazon has come out with their own live shopping platform, called Amazon live, where they partner with influencers with established brands to showcase products.

Over the recent years, we’ve seen activities that were once restricted to the confinement of a physical space – like traditional streaming, become innovated to adapt towards modern-day lifestyles. The use of streaming platforms will only continue to gain popularity and continue to spread across various niches, as was seen with gaming.

Owning a streaming platform catered for your business needs is a lucrative way to acquire customers and reach global audiences at a relatively lower cost than by using traditional paid advertising. With that in mind, if you’re thinking of launching your own streaming – be it a podcast, music, or video – learn about your options and decide if you’re better off going with a third-party platform or building your own solution.

See how we untangle media & entertainment app development. Learn more about our process.