Tech is equally capable of making lives easier and harder. Just like everything else in this world, it pretty much depends on how we use it.

According to Edelman's Trust Barometer 2020, trust in tech dropped by 6 points globally (to 68 on a scale of 100). In the US, it hit an all-time low of 57 out of 100. It’s a good time to go back and review what tech and the tech industry are doing well and what's to improve. Is technology good or bad for us?

Positive impact of technology on society

The development and adoption of technology have helped societies raise productivity, inclusivity of services and improve overall well-being. Where tech advancements have helped the most?

Tech possesses an enormous potential to improve health and healthcare systems as we know them. From AI-powered clinical drug trials through enabling preventative patients’ monitoring up to wellness solutions like wearables. We have seen tech minding the gap in healthcare in the pandemic. Telemedicine apps are the first step to making healthcare more equitable and accessible for all, no matter their socioeconomic status.

Wide tech adoption by both patients and healthcare professionals has immense potential to improve public health entities’ efficiency. Tech advancements in preventative health (like wearables) can diminish overall healthcare expenditures and allow to monitor patients’ status and detect abnormalities sooner, hence react sooner. Complex healthcare systems fueled with AI analytics are able to better distribute care and treatment. Virtual Reality Therapy is being tested on patients with severe trauma as going back and facing your fears once again and surviving proved to be the biggest therapy leap for many.

Startups and healthcare tech companies move significantly faster than traditional companies, with fewer regulatory obstacles. A good example of this would be xCures’ Beat-19 study, which went live in the first month after the pandemic hit the US.

xCures, an AI-fueled company matching cancer patients and their oncologists with optimal investigational or approved therapies, utilized their algorithm to gather data about Covid-19 spread, including sex, race, one’s underlying conditions. Now it is being used for scientific research purposes.

We already have many learning platforms aggregating courses for different age groups, all from different fields and industries. They usually contain videos, interactive boards or games for practice. This alone makes education much more accessible and scalable than ever before.

But tech influence on education does not end on virtual learning. Thanks to the use of virtual reality, Artificial Intelligence, neuroscience, and learning sciences tech makes learning a more immersive and holistic experience in class. Startups like Immerse use VR to help students learn English by communicating and practising their English skills through a range of topics and themes with a VR headset. 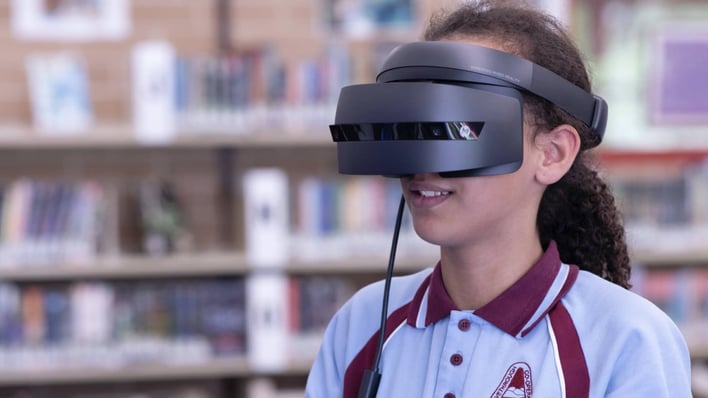 Artificial intelligence can help students with disabilities determine the best way for them to learn efficiently and with tangible progress. Automation and systemization can solve the ultimate pain point for teachers across the globe: administrative tasks, which take a lot of their time.

If you ask someone how tech influences the environment, they are likely to say “very badly”. Even though it used to be true in the past, the ultimate awareness of the necessity to protect the environment has been growing over the last decade, and tech has been one of the quickest industries to jump on the train.

Environmental startups (also called “green startups”) are building sustainable solutions to utilize materials that are difficult to recycle and reduce waste, purify water, and monitor changes in the environment to ensure a more sustainable future.

A Nigerian startup, Brickify recycles plastic waste into bricks that are resistant to water, fire, and heat and can be used for both: road construction and low-cost housing.

GOT BAG from Germany is the first company to make a backpack out of ocean plastic. They work with 1,5000 fishermen in Asia to collect plastic from the ocean.

Another startup from Germany, KRAFTBLOCK designed a storage-based thermal energy system, able to operate up to 1,300-degree Celsius. 85% of the system is made from recycled materials, so they have a lower carbon footprint than the competition.

Just after months of major wildfires in Australia, Dryad Networks launched their product: a wireless environmental sensor network to detect wildfires about 60 minutes before they actually break out. It is based on the leading open-standard for long-range radio IoT networks. They recently enhanced their product and provide growth & health monitoring solutions for public and private forests. Some of the metrics that can be measured are humidity, drought, air quality, CO2 levels, O2 concentration in water etc.

The concept of smart cities is also closely related to environmental protection. Many cities around the globe are using tech solutions to implement measures to reduce waste and pollution, and optimize energy usage. Electric cars are favoured in the city centres; waste distribution regulations also rely on the Internet of Things to optimize processes. IoT is able to reduce the frequency of bin collections and minimizes overall waste collection costs, lowering carbon emissions in cities.

The universal value behind technology is bringing equality to products and services and minimizing socioeconomic gaps among societies and people. As described above, tech makes health and education available to more people, making it easier  to learn and get care, no matter their background.

In a work setting, tech can de-bias recruitment, unveiling pay gaps, and standardizing pay systems. Tech helps to detect all kinds of discrimination: gender gap, exclusion of minorities' etc. Artificial Intelligence models are learning (and getting better at it) how to detect hate speech in all forms and sizes. For disabled people, implementing tech solutions makes physical spaces more accessible for them.

Negative impact of technology on society

The negative impact of tech on society involves mass-made products, with most often blamed: social media. A multitude of research has been made on the topic where social media is listed as a number one place with misinformation, hate speech, and harassment on the one hand, and a place leaving people isolated and depressed on the other.

Fake news and misinformation have been with us for quite some time, but with the tech advancements moving rapidly, people find it hard to keep up with what’s true and what’s not.

61% of the Edelman Barometer 2020 admitted that the pace of change in tech is too fast. 57% of them think digital media platforms they use are contaminated with untrustworthy information. And after the Cambridge Analytica scandal, 76% of people worry that fake news is being used as a weapon to polarize and radicalize. This has been reinforced by the pandemic which resulted in a fake news boom, adding to the confusion and insecurity among the global population.

Deepfakes are an example of quite a recent threat and a big pain for all social media platforms. Numerous deepfake incidents have already happened. A recent one was with the Dutch parliament’s foreign affairs committee, which was fooled into holding a video call with a deepfake impersonating a Russian opposition leader. No real damage was done that time. However, it was a quick lesson illustrating a potential threat for the future.

In order to combat Deepfake videos, back in 2019, Facebook launched a Deepfake Detection Challenge to develop autonomous algorithmic detection systems.

Social media platforms in general are struggling with content moderation. At the beginning of 2021, Twitter launched a pilot “Birdwatch” programme, aiming to build a community to help fight misinformation and fake news.

Social media relies on instant gratification. All apps’ notifications are there to lure a person back into the app and scroll. According to neuroscientists at Freie University in Berlin, social media notifications (especially likes, follows etc) activate our brains’ reward system.

Numerous studies showed that social media exposure might lead to a prolonged feeling of loneliness and detachment. The popularly used phrase, FOMO (fear of missing out), is linked directly to intensive social media use. It refers to a situation when a person is flooded with content of friends, colleagues, or even influencers doing exciting things while their life or activities seem mundane and somewhat worse. It is especially harmful at a young age, as even though people are aware that the content they see is just a set of highlights of someone’s life, it leaves them feeling lonely and lacking on a subconscious level. 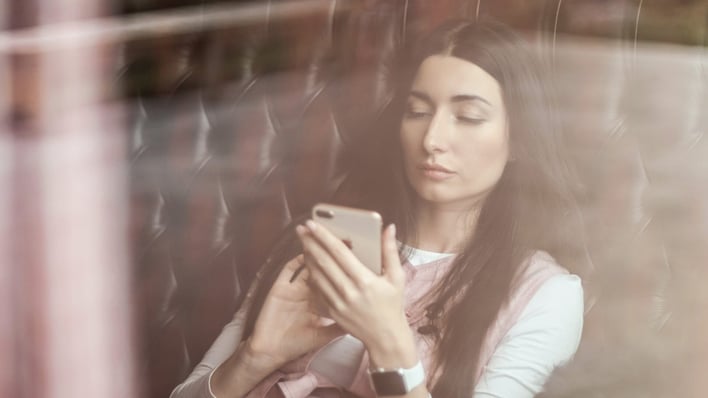 Connected to FOMO and social media anxiety is declining self-esteem. A lot of research has been done on the subject, but the conclusions are still very much inconclusive.

A team of researchers from Ryerson University Toronto analyzed cumulative results from 121 studies to see if they could reach a consensus. They found a small yet significant negative relationship between social media use and one’s self-esteem, suggesting that the higher level of social media use, the lower your self-esteem. Other findings were that people using social networking sites might be doing so at the expense of their in-person relationships. People with low self-esteem were naturally more drawn to social media as it helped them avoid awkward real-life experiences.

More or less tech - What is the future?

Technology ultimately transformed the world as we know it, supporting many areas’ faster development and bringing more equality and opportunity no matter one’s personal socioeconomic background.

Most of the harm done is due to tech misuse. The social media example described above confirms that we need more empathy and responsibility for users while creating tech products. It’s time to start the conversation about how better tech can actually protect us from distraction, reinforce meaningful interactions, and not promote addictive behaviour influencing the brain’s subconscious.