Development
EL Passion
The team you want to design and develop your app with.

Making a successful iOS app isn’t as simple as thinking of an idea and wishing it into existence. If you lack technical skills the obvious choice would be to find a technical co-founder or a partner with an experienced iOS app development team. 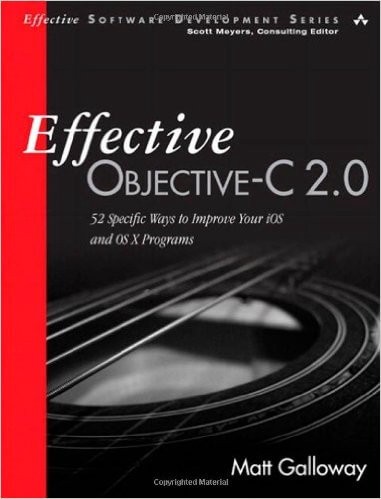 If you want to get into iOS app development then Objective-C is the first thing you need to learn. As the main programming language for both OS X and iOS, it’s your way into the Apple software development scene. Objective-C 2.0 is the most recent version of Objective-C, which includes runtime performance enhancements and more.

So when you’re learning Objective-C, you want to have good foundations. Learning incorrect information or incorrect methods could lead to bad apps or extra development time as you unlearn those incorrect processes.
iOS app development book #1 is Effective Objective-C 2.0 by Matt Galloway. This book provides expert advice on the topic, including technical information as well as detailing the things for creating great iOS apps. You can’t go wrong by purchasing it.

2. The Swift Programming Language (by Apple) 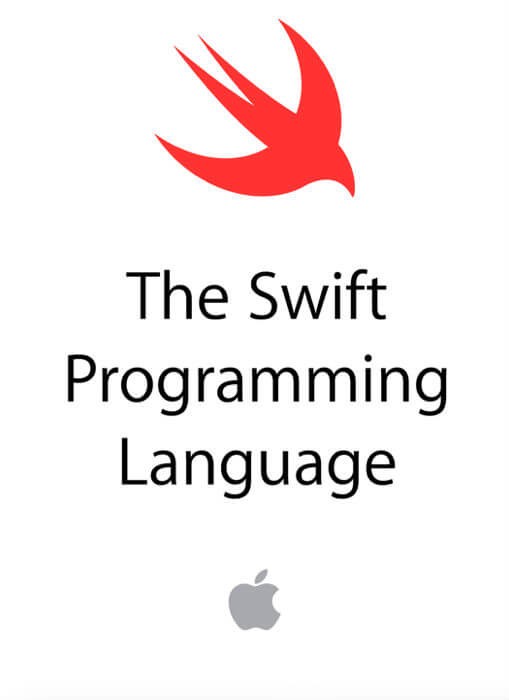 Also integral to iOS app development is Swift. It’s another programming language created by Apple for iOS, OS X and watchOS app development.
Swift supports many of the core features from Objective-C but the big difference is that Swift is a modern language, optimized for performance. It helps to address programming errors and Apple says that Swift can make development easier, flexible and more fun.

Who better to learn Swift from than the people who made it? The Swift Programming Language is written by Apple and so it’s a must-read iOS app development book.

3. Using Swift With Cocoa and Objective-C (by Apple) 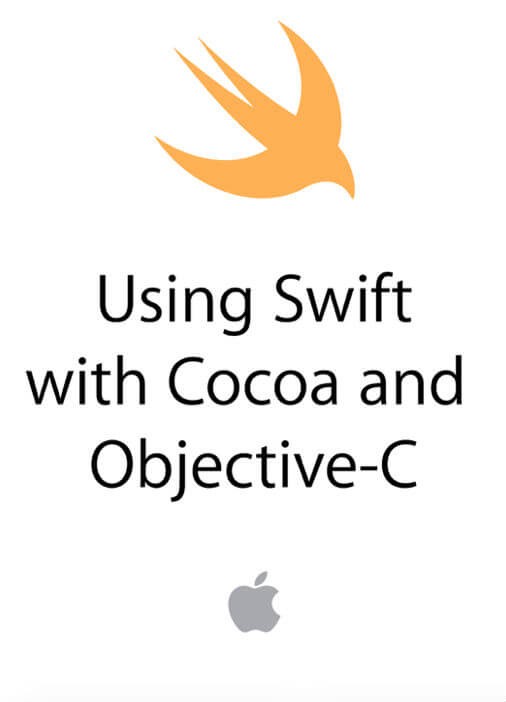 While Swift and Objective-C are the ‘building blocks’ for your iOS apps, the Cocoa and Cocoa Touch frameworks are other important pieces of the puzzle. While Cocoa works with OS X, the Cocoa Touch is made for touch-screen devices like the iPhone and iPad.

Understandably, if you’re going to learn Cocoa and Cocoa Touch then you should know how they work with Swift and Objective-C. Reading Swift With Cocoa and Objective-C is one of the best iOS app development books for that, and it’s also written by Apple so do read it. 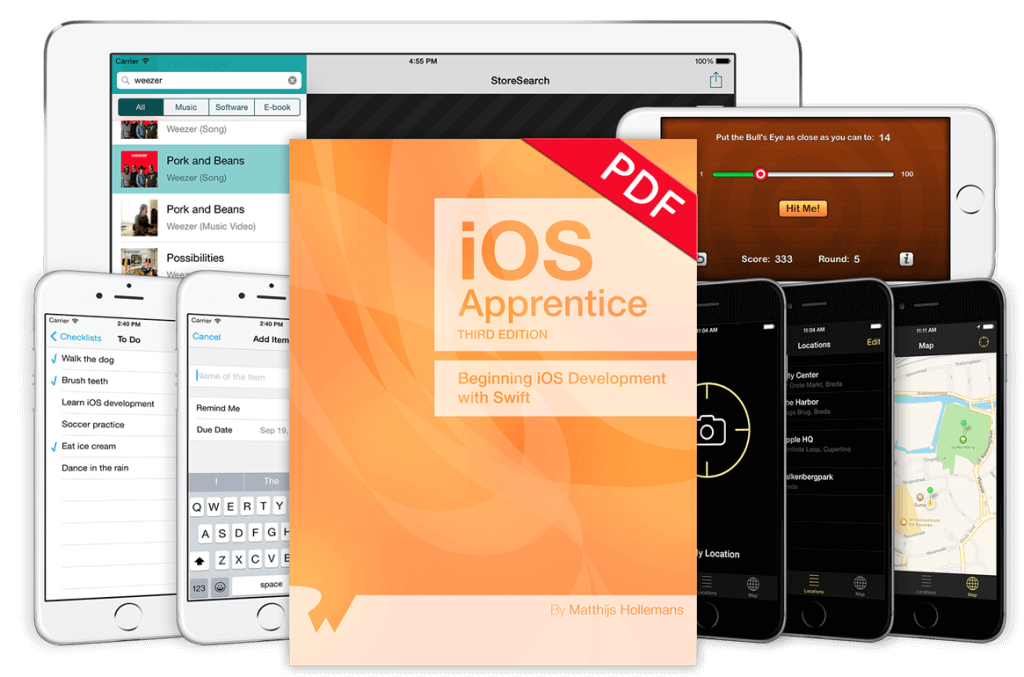 Pure information is great but we understand that not everybody learns in the same way. For those who like to do, rather than read, The iOS Apprentice Series by Ray Wenderlich will help a lot.

There’s a variety of different books on offer here. Each of the books offered on Ray Wenderlich’s store has a practical approach to teaching, offering tutorials that should give you something to do instead of just read.

Best thing about Wenderlich’s books is that they get updated with every new iOS version release. If you’re a beginner who wants to get started right away, these books are one of the best ways to do it. 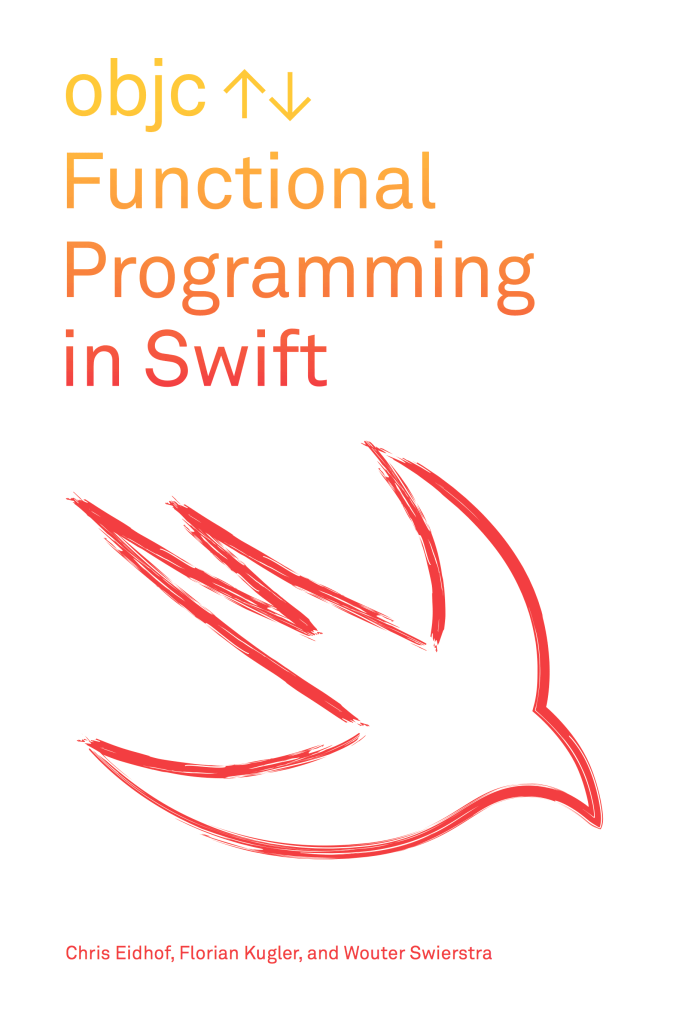 Fictional Programming in Swift is another iOS app development book that takes a non-traditional approach to teaching. As written by the book’s authors themselves, they “explain the concepts behind functional programming and how Swift makes it easy to leverage them in a pragmatic way, in order to write clearer and more expressive code”.

The book includes information on how to write functional APIs, how to create your own data types, and it also details the underlying “machinery” of Swift’s collection types. 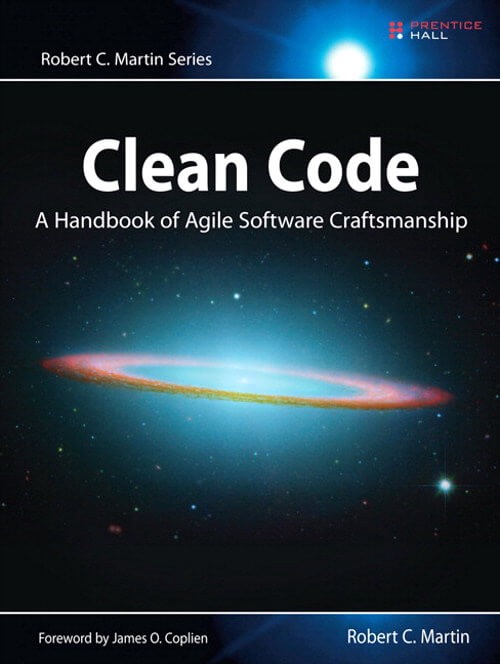 The final book on this list isn’t specifically related to iOS app development; but that doesn’t make it any less useful.

With Clean Code, you can learn how to avoid ‘smelly code’ as we call it here at EL Passion. Smelly code is when something you’ve developed appears to have a deep, serious problem that dwells within its source code. As Objective-C doesn’t promote clean code, this book is a vital read for any software engineer.